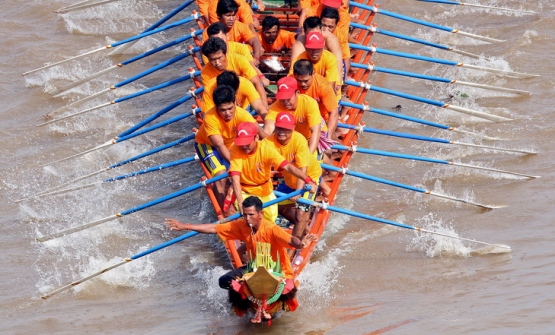 A post on the racing boats used in the annual Water Festival. Or I should say the so-called Water Festival – in Khmer it’s called Bon Om Touk, which means Festival Row Boat – in other words, it’s a boatrace festival. Maybe 200 boats and a million people from all over the country gather in Phnom Penh for a program of races over three days in October or November, presided over by the king, and much honour accrues to the winning team. 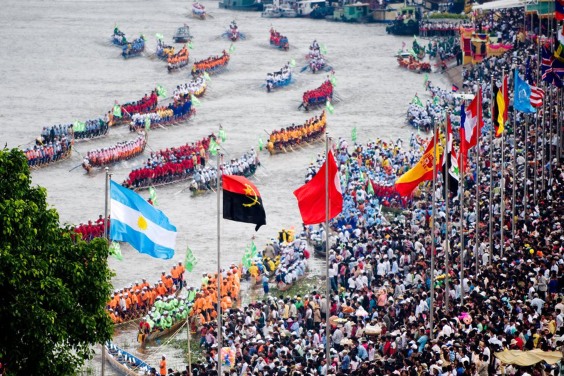 But it’s more than just a boat race, it has religious overtones. The boats represent villages, and are stored in the village monastery. As the boat festival nears, the monastery neak ta (spirit) is asked to help the village team, but that’s not enough: the neak ta can’t travel, he’s bound to the monastery,and the boat is off to Phnom Penh. What to do? 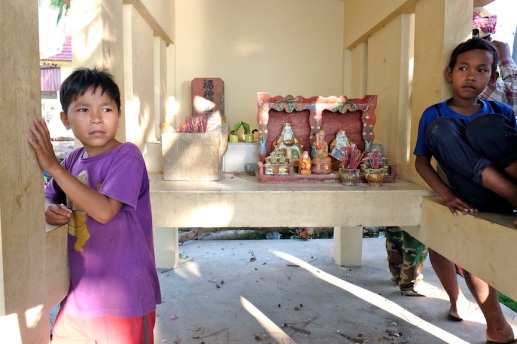 Monastic neak ta shrine at a village near Phnom Penh

So the village gets a powerful spirit called a bray to inhabit the boat for the duration of the festival. The bray is the spirit of a woman who died in childbirth or while pregnant – she’s inconsolable, and grief makes her evil. Most spirits are essentially neutral, but the bray goes out of her way to cause harm, especially miscarriages, for which reason pregnant women should not go near the village racing boat. But she can be tamed, by the village kru arak and kru baomey (types of shaman), and the monks.

And so a bray is enticed into the boat. This is essential because all the other villages will have their bray, and without protection these bray will attack the rowers. So while the rowers battle it out on the river, the bray also do invisible battle, fighting off the attacks of the rival spirits to protect their team.

Below are some photos of the a bray-shrine and some offerings to the bray on the riverbank at Siem Reap at the recent boat festival there – the festival is held in several towns around the country, although Phnom Penh is the biggest because of the king. 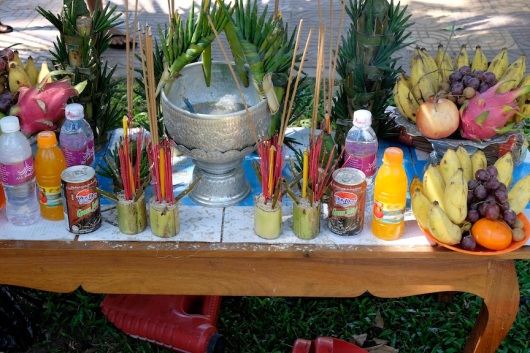